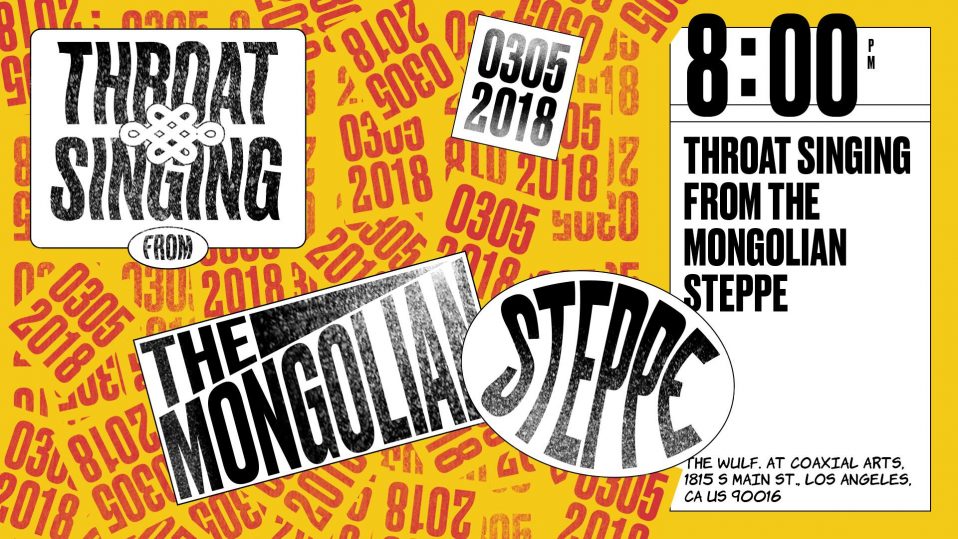 Mendbayar is an award-winning musician, throat singer, and music educator from Mongolia. He has trained more than 100 students from around the world in the Mongolian art of khoomii throat singing. He is founder and assistant director of the International Khoomii School in Ulaanbaatar and directs summer throat singing workshops in the Mongolian grasslands. Mendbayar received his Bachelor’s degree in khoomii from the prestigious Mongolian Culture University in 2009. He went on to win first prize in the Isgeree Khoomii at the International Khoomii Competition in 2013 and won a gold medal in the World Championship of Folklore in Bulgaria in 2015. He is a charismatic performer and dedicated teacher, bringing extraordinary energy to his stage performances as well as to the throat singing classroom. He has been successful in assisting students of all ages, genders, and ethnic backgrounds to produce Mongolian khoomii. In this singing tradition the singer selectively amplifies overtones by changing the shape of the mouth cavity, larynx, and pharynx. This technique enables singers to create more than one pitch at the same time (the fundamental and an overtone) through a musical tradition that has been described as mind-boggling, meditative, ethereal, and marvelously evocative of the natural world.

Tamir Hargana received his M.A. in World Music Performance from Northern Illinois University in 2017 and received his undergraduate degree from Inner Mongolia University Arts College with a specialty in Mongolian and Tuvan throat singing (khoomii). He is an active performer of khoomii in the United States and accompanies his performances with skills on many traditional instruments from Mongolia and Tuva, such as the morin khuur (Mongolian horse-head fiddle), tovshuur (Mongolian lute instruments), doshpuluur (Tuvan lute instrument) and igil (Tuvan string instrument). Tamir has won many awards and prizes in throat singing competitions in Mongolia, Tuva, and in Shilingol, Inner Mongolia, and Manzhouli, China. He has performed in many concerts, presentations, and workshops in the U.S., Mongolia, Russia, Indonesia,Taiwan, and China. He was also featured in TV documentaries about throat singing and has taught throat singing at the Inner Mongolia University Arts College High School Preparatory Division from 2013-2014.

Register for Event: wulf@coaxial: Throat Singing from the Mongolian Steppe

Your ticket for the: wulf@coaxial: Throat Singing from the Mongolian Steppe