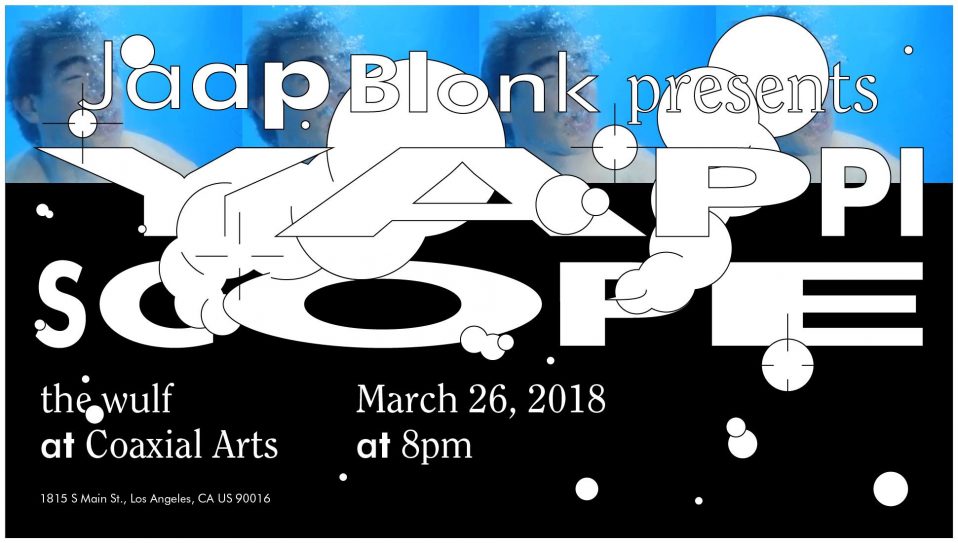 YappiScope is Jaap Blonk’s show with visual projections.
It is in ongoing develeopment, new inventions being added frequently. It contains short videos, scores he wanders through, interactive animations, live soundtracks to silent films and other new multi-media work.

Jaap Blonk (born 1953 in Woerden, Holland) is a self-taught composer, performer and poet. He went to university for mathematics and musicology but did not finish those studies.
In the late 1970s he took up saxophone and started to compose music. A few years later he discovered his potential as a vocal performer, at first in reciting poetry and later on in improvisations and his own compositions. For almost two decades the voice was his main means for the discovery and development of new sounds.

From around the year 2000 on Blonk started work with electronics, at first using samples of his own voice, then extending the field to include pure sound synthesis as well. He took a year off of performing in 2006. As a result, his renewed interest in mathematics made him start a research of the possibilities of algorithmic composition for the creation of music, visual work and poetry.