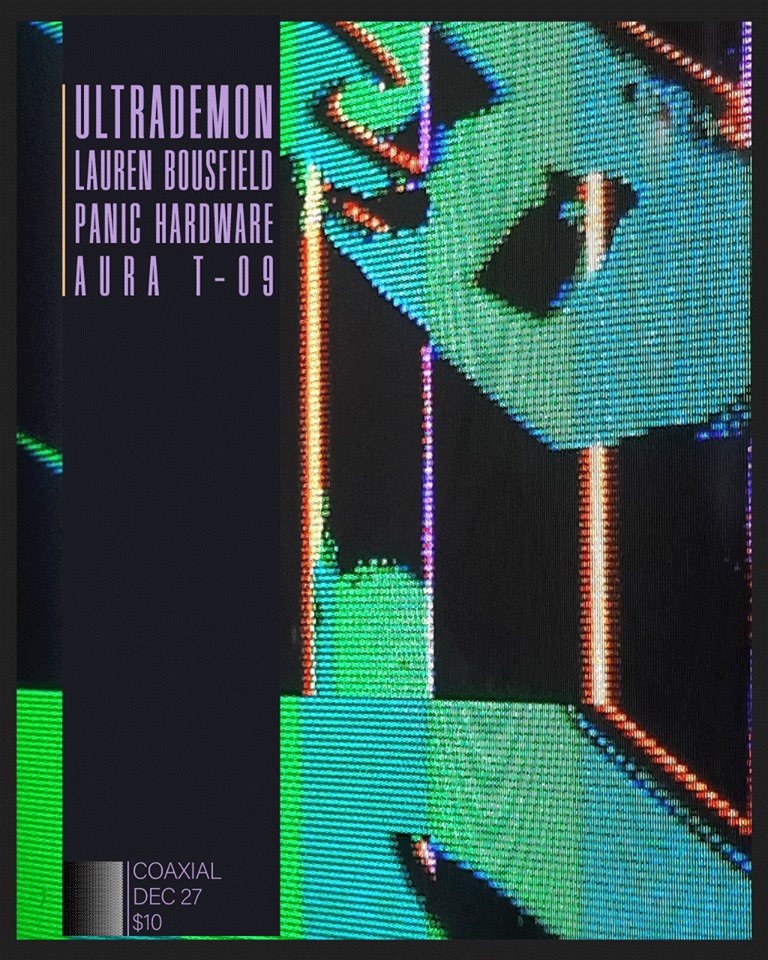 Ultrademon has explored the emotional sub layers within electronic music for the past 15 years. She made a name for herself during the social media proliferation of the early 2010s via a globally networked art & culture movement. Real name Lilium Kobayashi, the experimental musician’s investigation of sonic ontology has seen her delve into the realm of sound art, creating exhibitions and collaborative projects internationally. Her seminal album (“Seapunk”) was released via Aphex Twin’s Rephlex Records, sparking a series of primarily club works. With each release, she provides mythic and abstract narratives that reflect her own interior world. Recently she has created tonally dark pieces, shifting focus to timbre and at times borrowing from medieval modes. After a nearly two-year period of research, she has created her latest work “Chamber Music,” released on November 1st 2019. Kobayashi lives and works in Kyoto.

Lauren Bousfield is a Los Angeles-based pianist and composer. She writes music for video games, television and film. She has released music under her own name and as Nero’s Day At Disneyland. Her music has been described as a hyperkinetic and symphonic take on experimental electronic music, juxtaposing sound design with traditional arrangements.

Naomi Mitchell is a designer, user, and educator of modular synthesizers. She designs and makes eurorack modules as omiindustriies and performs live under a variety of aliases, most recently, Panic Hardware. Her work focuses on rhythm and randomness and the interaction between artist and electronics.

AURA T-09
Though originally known best in LA as a graphic designer and event organizer, Aura T-09 (Marci Pinna) has really picked up speed DJ’ing the past few years, running a consistently excellent radio show on Dublab and playing various style sets throughout the city. Her LA parties are well known for bringing together a wide array of experimental and dance music sounds:from techno, electro and regional club music variants, through to more experimental styles like breakcore, speedcore and IDM. This variety can be often heard in her DJ sets, which run the gamut between those styles and often weave several seemingly disparate styles together in a fluid and dancefloor-focused manner.