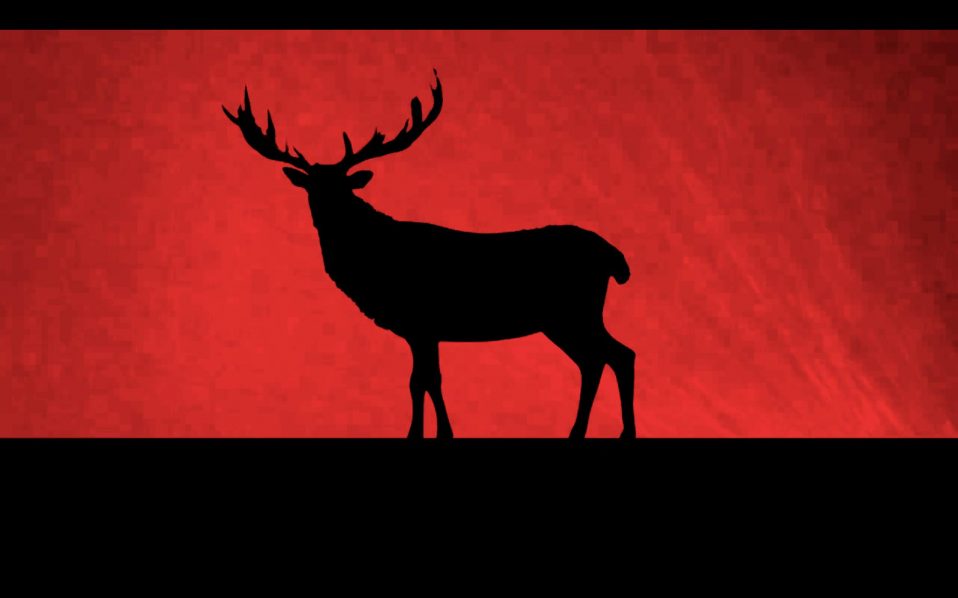 Come celebrate the Halloween themed album launch of Night Tongue’s ‘The Stag King.’ Dress in occult and mythic themed attire to represent the harvest and release of old cycles and the void as it opens to make way for the new. The season of night is here and along with it, magic, mystery and new beginnings.

Night Tongue
This October Night Tongue release The Stag King, an album that follows the Stag God’s journey to his death at Samhain and rebirth beyond…“The cycles of nature are represented through the Triple Moon Goddess of life, death and rebirth and the Stag God as he crosses the seasons of birth, fertility, death and renewal. This is heard as lovers meet, connect, devour, lose, go through the dark and are reborn on a higher level. This album is about love fundamentally, it is about searching for the eternal space of that, through all seasons, life and beyond death.”

Night Tongue are a transgressive darkwave band, spearheaded by Carisa Bianca Mellado and Andrew Dalziell from Australia, now based out of Los Angeles, with long time collaborator Elle Haert on keys and vocals and Ann Seletos (Cherie Cherie AZ) on drums. Night Tongue create a dark mythic world of romance, sex, death, horror and ecstasy. Spun from tales of love, tragedy and transgression, their upcoming debut, The Stag King, builds romantic soundscapes out of beautiful violence.

This is the first time Nick’s music will have been performed in the US since am appearance at John Zorn’s legendary venue The Stone in 2015.

Here performing as a duo of Nick Hudson and Kianna Blue, The Academy Of Sun invite you into their singular universe for an intimate performance of crushing beauty and nuance.

Your ticket for the: The Stag King Release Party: Night Tongue, The Academy of Sun (UK)