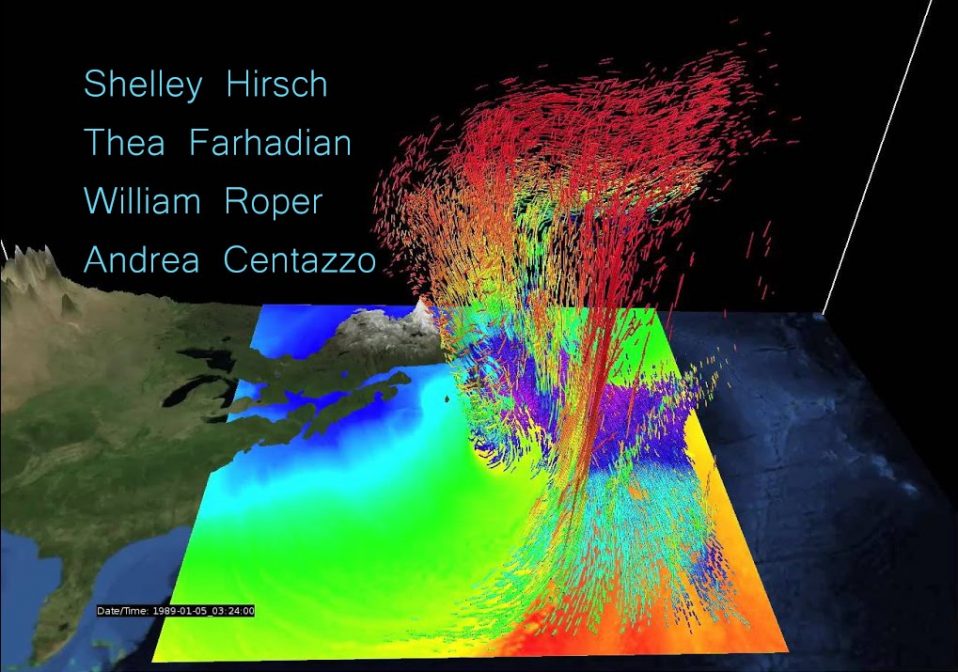 Shelley Hirsch is one of my favorite improvisors of all time. I discovered her in a concert with the September Band in 1996 as part of the FMP Festival in Chicago, and became totally enamored of her willingness to blend languages (multiple: real, imagined and in-between) into and out of her vocal improvisations. For this concert she will perform solo. We will also have the wildly enigmatic yet playful Thea Farhadian performing solo with the film “Sleepless” by Heike Liss, and the evening will conclude with a world premiere quartet improvisation that adds two of our stellar locals – William Roper (tuba) and Andrea Centazzo (percussion) – to the mix.

Born and raised in East New York Brooklyn, Vocal Artist, Performer, Composer, Storyteller, Interdisciplinary Artist SHELLEY HIRSCH has been pushing boundaries with her unique vocal art and performance work, drawing on her life experiences, her memory, and her vivid imagination for decades.

The New York Times called her “A woman of a thousand voices… She offered an enthralling demonstration of the way songs, vocal styles and language might have evolved out of more primal musical impulses”.

Hirsch’s multimedia performances, compositions, improvisations, electronic music pieces, sound installations, collaborations and radio plays have been presented at concert halls, museums, theaters, galleries, clubs, radio, worldwide.
In 2018 decades of her work were acquired for the archive at The Fales Library part of NYU, for their Downtown Collection.
Hirsch can be heard on over 70 recordings with several on the Tzadik, FMP, InTakt, and on Nonesuch, Sound Aspects, Tellus, Apollo, Innocent Records, Don Giovanni and many more.

She leads the workshop Explore Your 1000 Voices in NYC, nationally and internationally.

THEA FARHADIAN is a performer/composer based in the San Francisco Bay Area and Berlin. Her projects include solo violin and interactive electronics, acoustic improvisation, solo laptop, radio art, and video. Her solo pieces for violin and electronics combine a classical music background with extended technique and digital processing using the program Max/MSP.

Her work has been seen internationally at venues which include the Issue Project Room, the Center for Experimental Art and the Aram Kachaturyan Museum in Yerevan, Armenia, International Women’s Electroacoustic Listening Room Project at Bimhaus in Amsterdam and many more.

Thea is a former member of the Berkeley Symphony orchestra where she played under Kent Nagano for ten years.

WILLIAM ROPER is a multi-disciplinary artist residing in Los Angeles. His experience ranges from the symphony stage to free improvisation groups. He has toured Europe, North and South America, and Japan as a soloist and with ensembles. His musicianship is represented on over 60 recordings, including twelve as leader and co-leader. He has played or recorded with numerous artists and ensembles including the Los Angeles Philharmonic, Los Angeles Master Chorale, Elton John, Leon Russell, Yusef Lateef, Michiyo Yagi, James Newton, Bobby Bradford, Francis Wong, Horace Tapscott, Anthony Braxton, Douglas Ewart, Daisuke Fuwa, Michael Vlatkovich, Vinny Golia, Wadada Leo Smith, Tim McGraw, Glenn Horiuchi and many others.

He creates works that merge music, stage performance, spoken word and the visual arts. These works, whether site-specific, for the concert hall, theater, gallery, digital platforms or recordings, explore histories of place, ethnic and cultural groups, and self-history. They map his movement through these landscapes. In a sense, he is a cartographer.

Italian-American composer, percussionist and multimedia artist ANDREA CENTAZZO has been a bold pioneer of percussive improvisation for over four decades. In the late 70’s Centazzo was one of the founders of the Downtown NYC music scene along with John Zorn, Tom Cora, Eugene Chadbourne, and others. In 1976 he established ICTUS Records, one of the first musician-operated labels, recording with Steve Lacy, Evan Parker, Pierre Favre, Derek Bailey, John Zorn, Alvin Curran, Albert Mangelsdorff, Don Cherry and many others.
He is the author of 3 operas, 2 symphonies and almost 500 compositions for all kind of ensembles, plus many award winning video films.His most recent project, “Einstein’s Cosmic Messengers,” has been produced by LIGO, Caltech and NASA.
The Library of the University of Bologna at DAMS crated the Fondo Andrea Centazzo ,where all of his works are collected and made available to students and scholars.