Coaxial Arts > Events > Ron Athey: Our Lady of the Spasm 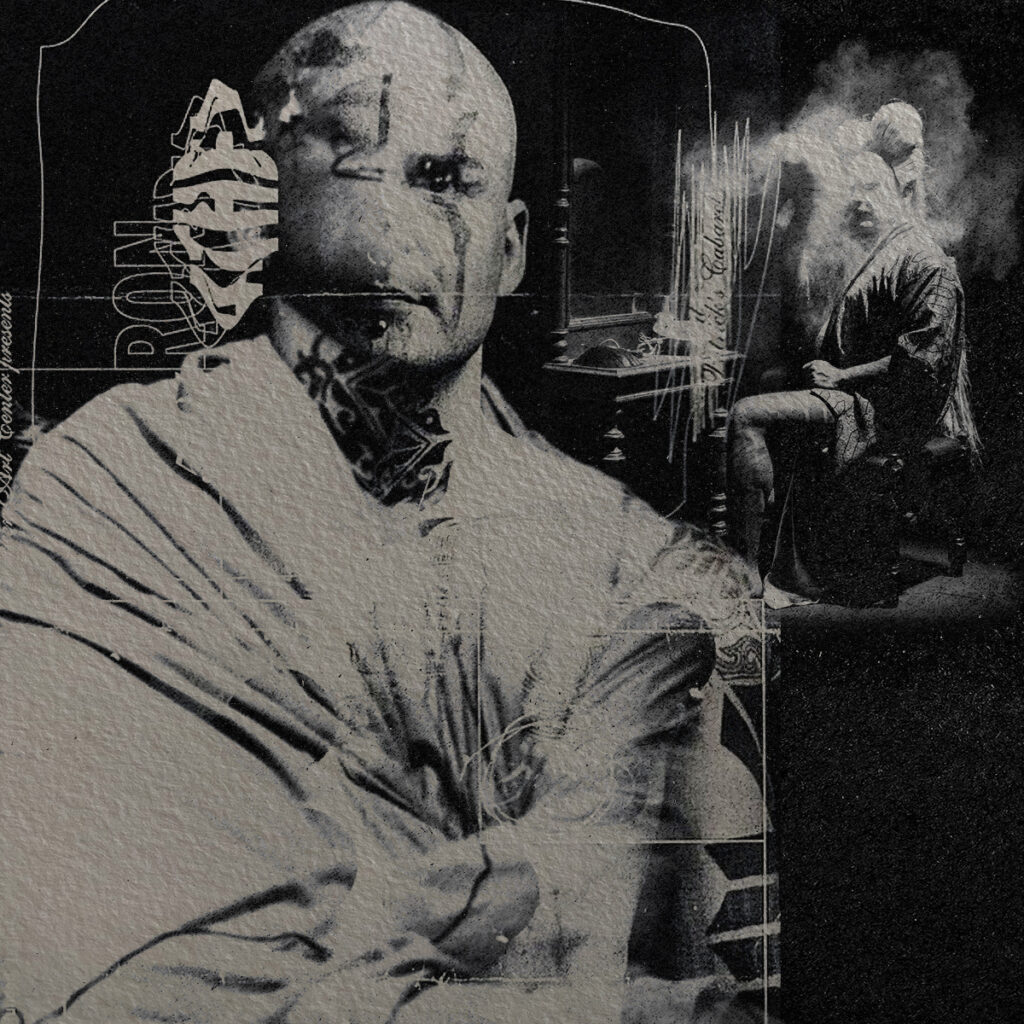 Los Angeles, CA – Coaxial Arts Foundation is excited to have Ron Athey as our September 2022, Artist in Residence.

In solo performance developments include elements from the healing temples known as Asclepeion: dream chambers and healing water. Sections to be worked on and performed include a vocal but non-lingual litany, fountain action, and first attempts to develop a supernatural lighting installation. Expanding, but also restricting a pivotal action to an 8 x 4-foot rectangular box (bigger than a coffin smaller than a stage).

I’ve invited 4 artists to make work that is both autonomous but modular to this concept. Karen Lofgren, Micaela Tobin, Christos Tejada and Avery Collinsbyrd will be working as part of the residency and showing live work on September 30th!

Title is both an homage to an event created with Nacho Nava, and ongoing esoteric Christianity research. Moving through the Stations and Sorrows, Athey lands on the schism where Station 4 and Sorrow 4 meet: the spasm of St. Mary as she met Christ on the road to Golgotha. Her shudder, or psychic spasm, is marked by the Armenian Catholic Chapel of Our Lady of the Spasm in Jerusalem. ­­–– Ron Athey (Poster art by: Mario Luna)

Ron Athey has been working at the vanguard of performance art for 25 years. Self-taught, his work developed out of post-punk/pre-goth scenes and begins with Premature Ejaculation (PE), an early 1980s collaboration with Rozz Williams. Their approach to performance art was informed by the club actions of Johanna Went and the formulation of Industrial Culture, the idea of psycho/neuro acoustics in sound performance. In the 1990s, Athey formed a company of performers and made Torture Trilogy, a series of works that addressed the AIDS pandemic directly through memorializing and philosophical reflection.

This work is characterized by the physical intensity of 1970s body-art canon, such as COUM Transmission, Carolee Schneeman and the Viennese Actionists, which toured internationally. The trilogy’s final chapter, Deliverance, was commissioned and premiered at the ICA London. In the 2000s, Athey developed genre-stretching theatrical works like Joyce and The Judas Cradle, and a series of major solo performances such as The Solar Anus, Sebastiane, Self-Obliteration Solo and Incorruptible Flesh, a series of solo performances that reflect Athey’s collaborations with the late Lawrence Steger.

Registration for public events can be found at: https://withfriends.co/event/14960075/ron_athey_our_lady_of_the_spasm

Register for Event: Ron Athey: Our Lady of the Spasm

Your ticket for the: Ron Athey: Our Lady of the Spasm