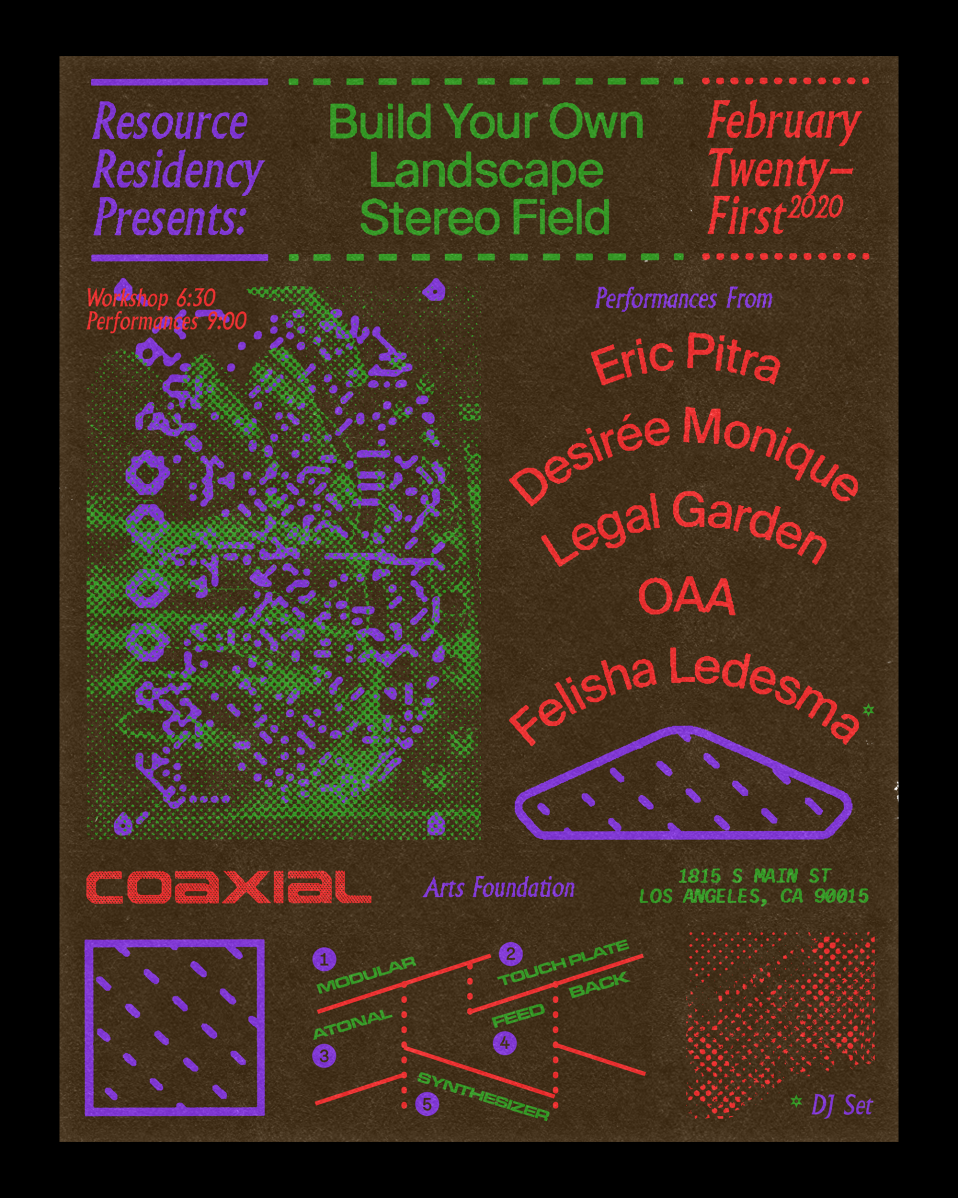 STEREO FIELD is one instrument with three uses. It is simultaneously a stereo/quad modular touch plate feedback atonal synthesizer, a stereo/quad audio processor and a pressure sensitive chaotic CV “controller”.

All three uses are available separately as well as simultaneously and in conversation with each other. The Stereo Field allows its user to manipulate and patch two analog stereo preamp circuits via touch plates.
By utilizing skin conductivity as new paths for current to follow you are creating “new circuits” and new sounds in relation to where your fingers are patching.

Soldering irons and tools are provided but please give us a heads up if you will be bringing your own.