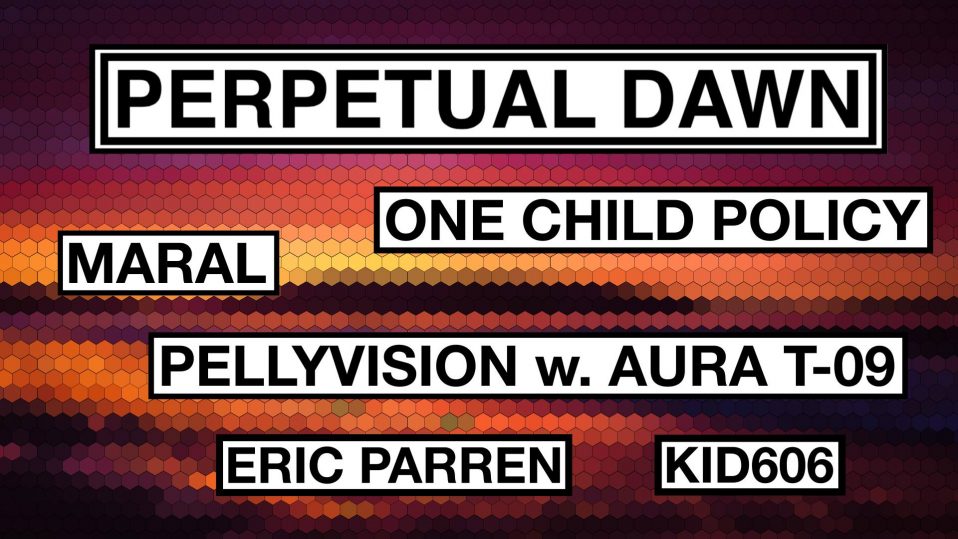 Perpetual Dawn returns to Coaxial for a night of true Los Angeles talent. Having just released his debut album “Cultural Transmissions” on Driod Behavior’s sister label VRV, One Child Policy is on a roll. He’ll be playing a special live audiovisual set for us this night. Los Angeles based DJ and producer Maral has been releasing a steady stream of experimental club tracks heavily influenced by samples from across the globe. Catch her playing a hybrid live / dj set. Resident PD visualist Alex Pelly will bring her Dublab radio show Pellyvision to Coaxial for a live broadcast with guest DJ and LA mainstay Aura T-09, come early to check them out!

TICKETS
$10 @ Restless Nites or at the door

Your ticket for the: Perpetual Dawn