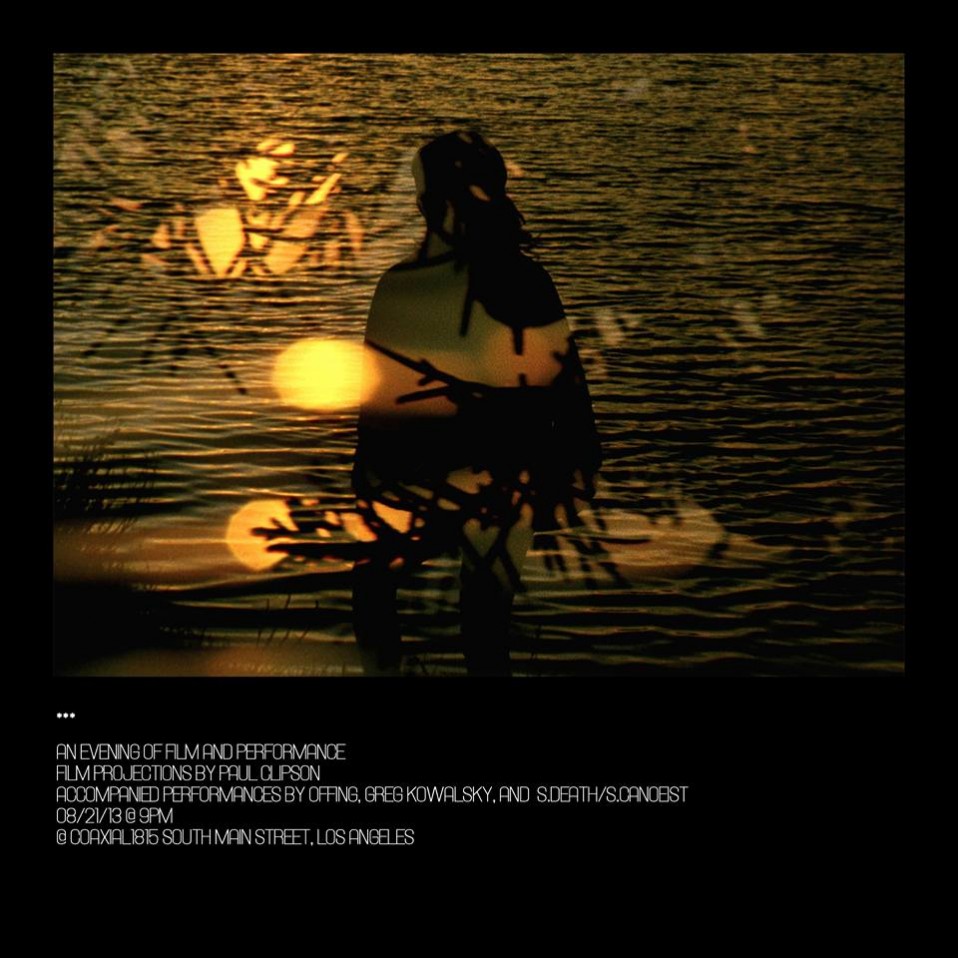 An evening of film and performance at Coaxial

Paul Clipson is a San Francisco filmmaker whose works have been exhibited and performed both nationally and internationally at such festivals as the New York Film Festival, Edinburgh Film Festival, and the Rotterdam International Film Festival. His largely improvised, in-camera-edited experiments include projected installation and live collaborative performances with sound artists and musicians.

Paul will be screening new works with accompanied performances by Offing, Gregg Kowalsky , and S. Death/S. Canoeist. All films are shot on 16 mm and will be projected on a 16 mm projector.