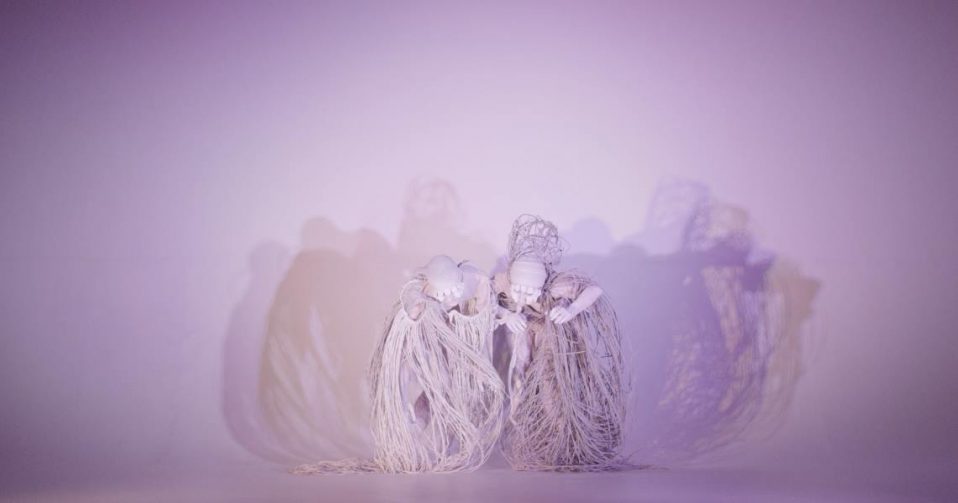 Opening: THE LANGUAGE OF COMMUNICATION: THE GREY DOMAIN BY BRIANA GONZALES

In Residency with COAXIAL, Briana Gonzales, will feature an installation where movement, sound, and the obstruction of light form the language of communication. Featuring vocalist Daniel Leland Crook and Dancers Kenzie McClure and Tyy Wells in a world where patience at different frequencies is its common rule. A world of understanding the exchange in the environment between Mother Earth and its breath around it. Connectivity through pieces, accepting the uncomfortable and indulging in the negative space that is the human psyche that people void in their societal realities but exist in each person’s vulnerability.

The Vocalist, Daniel Leland Crook, is the sound of the mountains that move around us. They are the voice of mother earth calling out and asking their children to understand that an exchange exists, that we are all part of a cycle of ever-changing movements that work together. Their character is content, not a trace of anxiety, waiting for the breath of the world to grow, gasp, and swell. Through all the phases of the moon, in tune with the world and the rhythms of our solar system.

The Dancers, Kenzie McClure and Tyy Wells are similar to a genus of asexually reproducing fungi and the exchange in the environment that they have. Their actions will mimic the gravitational influence between us humans and nature, emotionally invested, you can feel their connectivity through the emotional tension with mother earth and the space between them.

The Visitor, dressed in shades of grey, will mimic the mountains ever-changing actions walking through the space. The grey represents the human psyche that people void in their societal realities but exist in each human’s vulnerability.

The Sculpture will represent connectivity through pieces, stretching time. They are the common rule in this world, patience at different frequencies. Accepting what is uncomfortable and indulging in the abandoned space.

/// Briana Gonzales is a Los Angeles based visual artist, producer, and production designer. Her work has been crafted for commercial and editorial photography, fine art, events, installations, television and film productions around the world. Briana explores the language of communication and the void of vulnerability in today’s society. Her imaginative and resourceful approach draws an ever-growing and ever-changing awareness of art and design, allowing her to expand her mediums and explore various worlds and environments within her domain.

Your ticket for the: Opening & Performance: Briana Gonzales – The Grey Domain