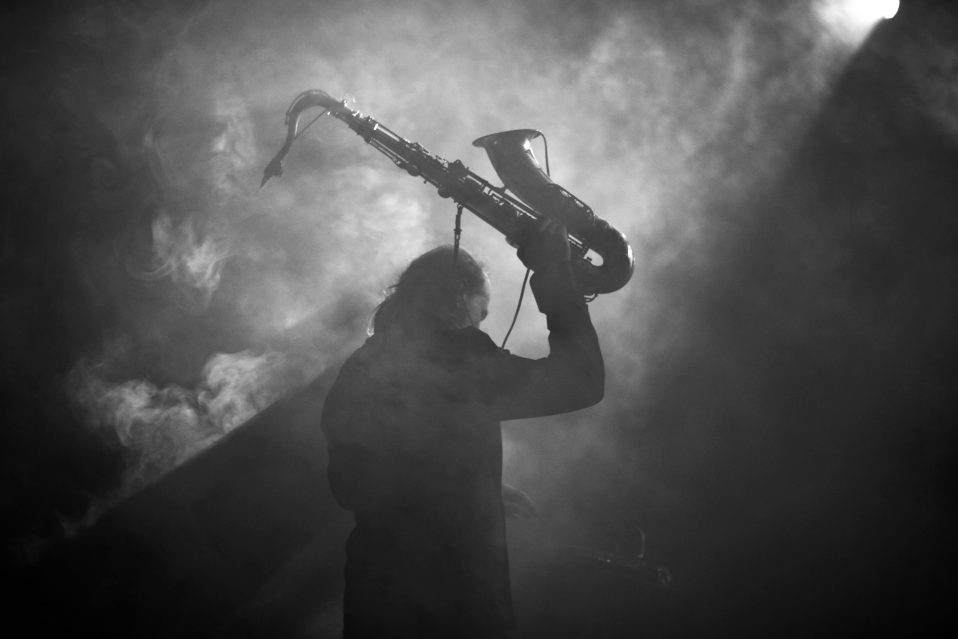 $free as always
bring your friends

// Michael Fischer (Vienna, Austria)- musician-composer works on the speech immanence of sounds, their sculptural and dramatic evidence, in the field of improvised / experimental music. Since the end of the 90s interdisciplinary cooperations within an international contexts. In 1999 he began to integrate the acoustic phenomenon feedback into his work and developed an exclusively analog, no-effect-based instrument, the feedback-saxophone.

// Ulrich Krieger (Los Angeles)- is well known as a saxophone player in contemporary composed and free improvised music as well as a composer of chamber music and electronic music. His recent focus lies in the experimental fields and fringes of contemporary Pop culture: somewhere in the limbo between Noise and Heavy Metal, Ambient and Silence.His original compositions go back and forth between Just Intonation, Silent Music, Noise, Instrumental Electronic, often asking for elaborate amplification, and works in the limbo of Rock culture – not accepting stylistic boundaries.

// Nick Hon (Los Angeles) is a product of Southern California, who’s varied musical and performative interests lead to explorations in both physical and sonic space. His curiosity regarding experimentation with the passage/occupation of time, the passage /occupation of space, and social-performance tropes is guided by a deep respect and acknowledgment of Black American music, other improvisational forms, social music, and reflections on grandeur in performance. These days he’s not sure where music is, and that’s o.k. by me.

Your ticket for the: Michael Fischer, Ulrich Krieger, Nick Hon