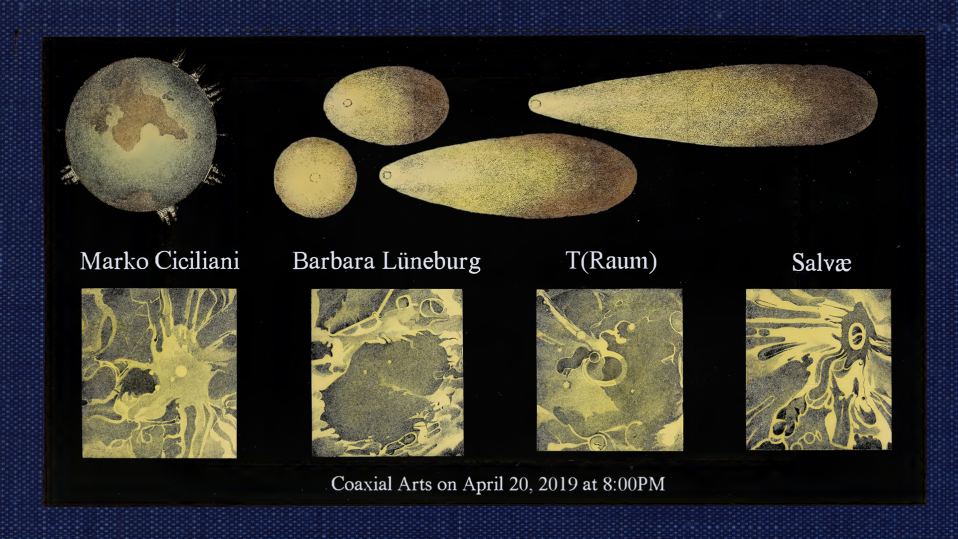 Marko Ciciliani is a composer, audiovisual artist, performer and researcher based in Austria. The focus of his work lies in the composition of performative electronic music, mostly in audiovisual contexts. Interactive video, light design and laser graphics often play an integral part in his compositions.
Ciciliani’s music has been performed in more than forty-five countries across Eurasia, Oceania and the Americas. As a result of his interdisciplinary practice his work can be found in different genres. It has been programmed at festivals and concert series of electronic experimental music such as Experimental Intermedia, NYC, Club Transmediale, Berlin, SuperDeluxe, Tokyo, Ibrasotope, São Paolo and Findars, Kuala
Lumpur; by festivals for post-avantgarde music such as Donaueschinger Musiktage, Wien Modern, Ultraschall Berlin, Huddersfield Contemporary Music Festival and Maerzmusik; just as well as in the context of media art, as in the festival Ars Electronica or with iMAL, Brussels.

Barbara Lüneburg is a performing artist of international reputation in the fields of contemporary music, violin, viola, electric violin and multimedia. Numerous compositions
have been written for and in collaboration with her. She has made appearances at international festivals and concert series across Europe, the USA, Asia and New Zealand. Critics have described her playing as ‘breathtaking’, ‘a musical cosmos’, ‘viciously virtuosic’, ‘passionate’, ‘translucent, ‘audacious’, ‘expressive and gripping’. In Barbara Lüneburg’s function as artistic director and manager of the ensemble Intégrales
(1993–2012), an internationally performing chamber music group for contemporary music, she has premiered about 200 chamber music works and gained invaluable experience in programming, public relations, management and leadership.
Lüneburg’s arts-based research focuses on instrumental performance practice and performance studies, with an emphasis on collaboration, creativity, the relationship
between performer and audience, charisma, participatory and game-based audiovisual art, and artistic research. From 2014 to 2018 she was director and lead artist of the artistic research project TransCoding – From ‘Highbrow Art’ to Participatory Culture funded by the Austrian Science Fund. In its framework she composed two major artworks in collaboration with an online community. In May 2018, her corresponding monograph TransCoding – From ‘Highbrow Art’ to Participatory Culture | Social Media – Arts – Research was released by [transcript], Bielefeld.

(T)Raum is an international project that aims to diffuse and create new containers – and content – for research on sound art in Italy.