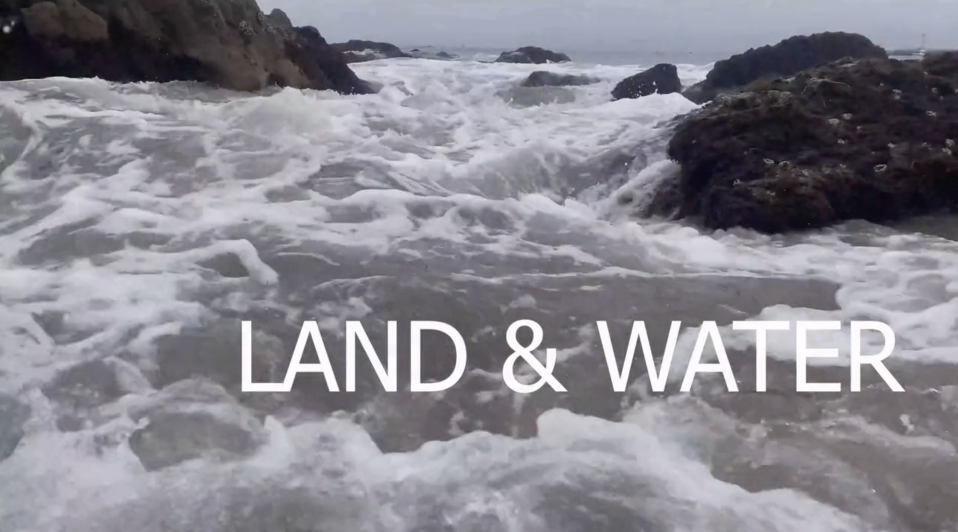 Rigby Azevedo is a collaborative team who lives and works in California. Together they inherit material and space within their environment in which they collaborate with and elaborate upon; expressing views about kinship through co-existing bodies, improvisational movements, sound, and glitches as a way to explore contemporary subjects about social responsibilities and climate change.

Julia Edith Rigby is an artist who thinks about climate change and ecological relationships. Rigby received her MFA in Studio Art at the University of California, Davis (2020). She received her BA in Environmental Writing from Scripps College (2012). She was a recipient of the Mary Lou Osborn Award (2019), the Fay Nelson Award and Phi Kappa Phi honors at UC Davis (2020). She has been an artist in residence at Anderson Ranch Arts Center in Colorado, Kala Art Institute in Berkeley, California, Brush Creek Foundation for the Arts in Saratoga, Wyoming and the Scuola Internazionale di Grafica di Venezia in Venice, Italy. She has exhibited work in San Francisco, Los Angeles, New York, and the Netherlands.

Caz Azevedo has built an artistic practice based on growing up the child of working farmers whose interactions with the land formed the basis for everything. Through gestures he finds relationships among the rituals of farming and dance, and how we, and they, relate to the Earth and our previous generations. He has had solo exhibits at Hutchins Street Square, Lodi, CA (2005), and Phoenix Gallery, Sacramento, CA (2004). He has been curated in many group exhibitions in California including Biomythography, Cerritos College, Norwalk (2020), Generation, Worth Ryder Gallery, Berkeley (2018), and the California Conference for the Advancement of Ceramic Art, Davis (2013, 2014). Azevedo’s education includes research at UC Berkeley for his dual bachelor’s degrees in Art Practice and History of Art (2017), and UC Davis for his Master of Fine Arts degree in Studio Art (2020). He has won several merit awards throughout his studies including the Fay Nelson Award, Davis, CA (2020), Mary Lou Osborn Award, Davis, CA (2019), Crocker Kingsley Award, Sacramento, CA (2015), Sasser Ceramic Award, Sacramento, CA (2015), and the Hopkins Art Endowment for Studio Art, Sacramento, CA (2014). He has been teaching art to the community since 2015.

Your ticket for the: Land & Water