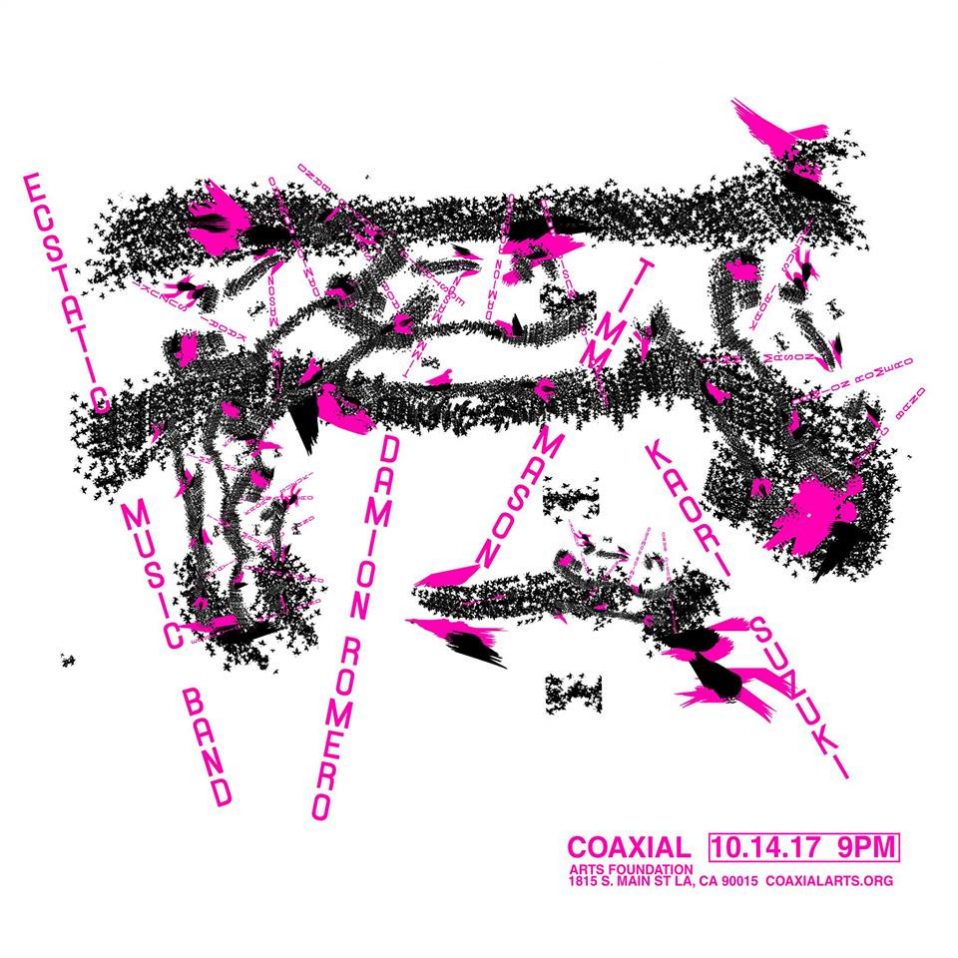 Kaori Suzuki (b. Tokyo) is a composer of electronic and electroacoustic music living in Oakland, CA. Her musical works are concerned with inner-sensory responses and transformative states, often emphasizing duration and dynamics through meticulous synthesis techniques.. Her projects include her handmade instrument building platform Magic Echo Music, various solo/collaborative compositions with analog synthesis, and solo computer music utilizing spectral properties of transducer-driven objects combined with the use of auditory distortion products and other inner-ear phenomena.

John Krausbauer is a music conceptualist/multi-instrumentalist currently living in Oakland, CA. He has performed and presented his music in a multitude of settings for 20 years – from basements, sidewalks, and rock clubs to colleges, churches, and art galleries. Numerous recordings of his work have been released on independent labels in the US, Europe, and Japan (soon).

**
Damion Romero (b. 1970, Los Angeles) is a sound artist working with amplified physical vibration. Known for his use of low frequency, Damion creates a tactile environment of tones, patterns, pulses and drones with a system of self built devices, power amplifiers, and the performance space.

**
Timm Mason is a musician working at the intersection of process music and improvisation. His solo performances chase a horizon where gestures and their reverberations through reactive electronic networks become indistinguishable. Current work is concerned with the generation of complex timbres and behaviors from the patch-programmable Serge modular synthesizer.