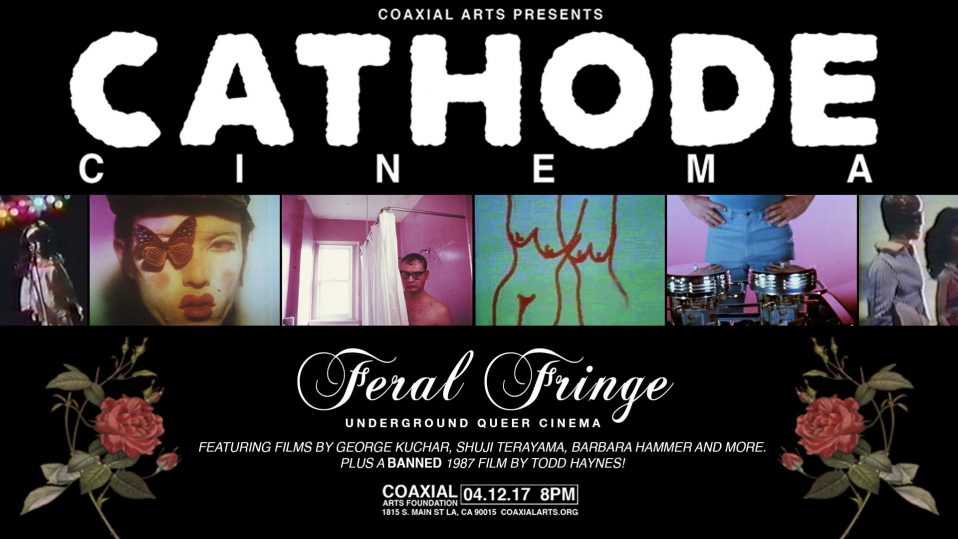 This months edition of CATHODE CINEMA is ‘FERAL FRINGE: UNDERGROUND QUEER CINEMA’. In 1966 George Kuchar, the other half of twin Mike Kuchar, became a DIY Cinema pioneer with the seminal short film “Hold Me While I’m Naked” a Technicolor “Bedroom Epic” that is both parts satire and wax poetic of Sirkian melodrama that inspired the likes of John Waters, Gus Van Sant and others. We will also include a few other underground surprises by Shuji Terayama, Barbara Hammer and more. PLUS a banned 1987 film from Todd Haynes!

Your ticket for the: Feral Fringe : Underground Queer Cinema