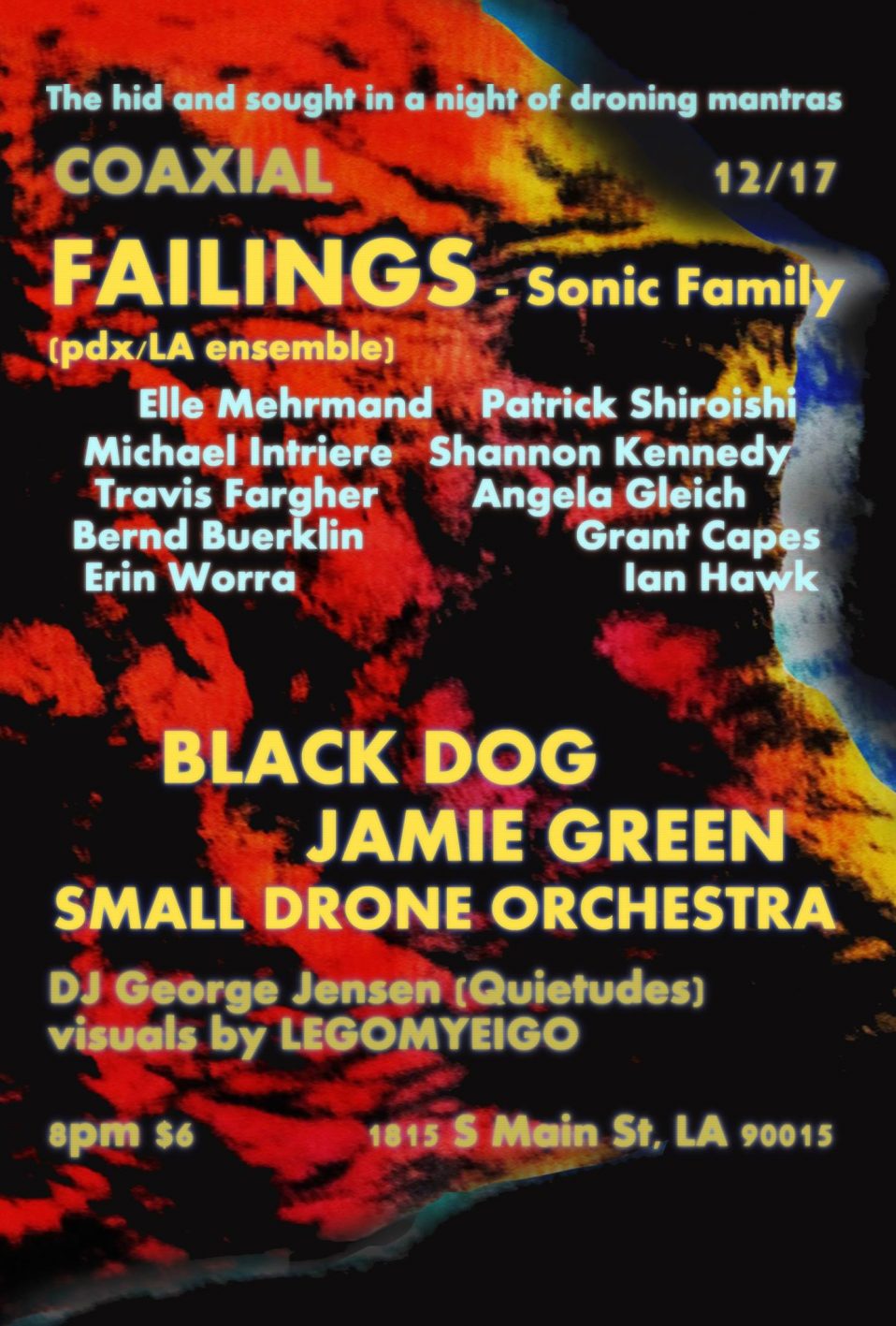 The hid and sought in a night of droning mantras…

Ian Hawk (FAILINGS) is a Portland, OR based artist primarily working in the field of drone and repetitive rock music. His primary group Failings, originally started as a solo project, has since become a collaborative effort involving a number of musicians and performers, including Greg Fox (Liturgy, Z’s, Guardian Alien) and Garek Druss (Saint Genet, Tecumseh, A Story of Rats).
Past releases include a split LP with Amps for Christ on Insulin Addicted Records. Additional collaborations include bass guitar in Tecumseh (2005-2015), a guitar-based drone group with releases on Important, Beta Lactam-Ring, and Black Horizons, and guitar/synth in Grey Eyes, a long distance collaboration with David Fogg.