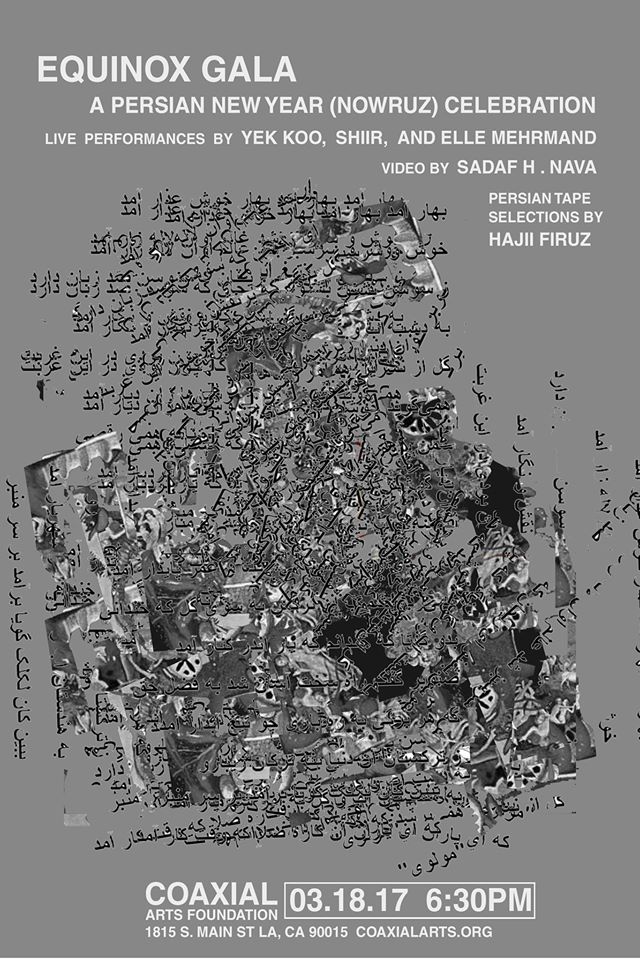 Sanaz Gangei performs through an ever-evolving project called Shiir. Using visual instruments such as sifting milk. All to bring on a slowing of time to the experiencer, beckoning a deeper connection to the self sensory vessel. she has toured with many bands, performed at venues, galleries and museums, in various states in the North Americas.

Elle Mehrmand is a new media performance artist and musician who emphasizes the body, video, sound, and electronics within her installations. She received her MFA from UCSD in Visual Arts, and her BFA in Photography with a minor in music from CSULB. She has been awarded grants from UCIRA, the Russell Foundation, and the Fine Arts Affiliates. Elle is a collective member of the Electronic Disturbance Theater 2.0, and is the singer/ trombone player for MAGNETIZED. Her work has been shown in Los Angeles, New York, San Diego, San Francisco, Long Beach, Reno, Salt Lake City, Durham, Tijuana, Mexico City, Toronto, Montréal, Dublin, Istanbul, São Paulo, Bogotá, and Seoul.

Yek Koo is the solo project of visual and performing artist Helga Fassonaki (half of free psych duo Metal Rouge), often appearing in a ragged stripped-down cloak of distorted guitar, wailing vocals, pocket trumpet, cassette loops, and body movements. Originally from Los Angeles, she spent the last few years in the East Coast refining her own language for navigating the terrain of performance both with and without ‘the missing element’ – the live contact between audience and performer. Exploring the relationship between space, body, microphone, and breathe, yek koo sculpts sound in the moment allowing for horn exclamations and sparse rhythms to move within and against the physicality of space and matter.

This is a fundraiser event to help Coaxial with overhead cost. All the proceeds will continue the support of artists using the space to create new work.