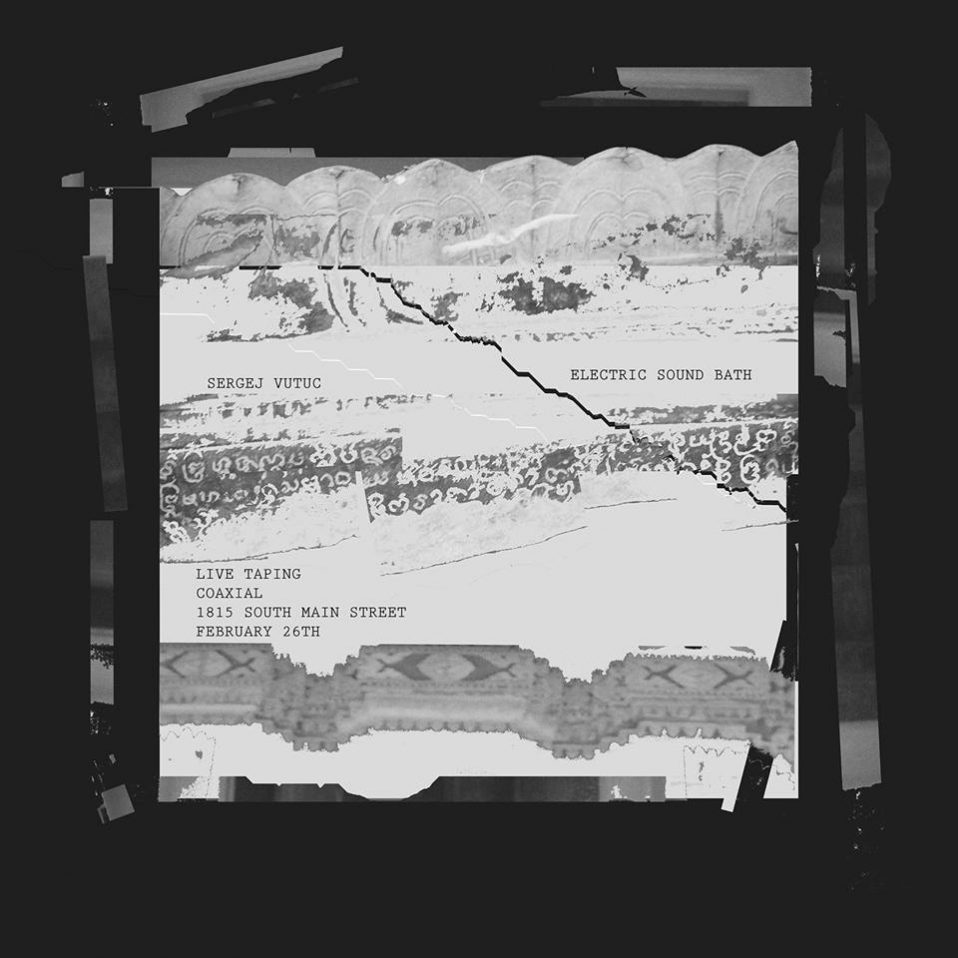 Sergej Vutuc
born in Doboj (BiH) in 1979 was raised in Zagreb (HR), Heilbronn (DE) and currently lives and works in Heilbronn (DE).

Vutuc makes his own prints putting garbage between the light and the paper, scratching and interfering with the image. Just as the images themselves, many of the dilapidated buildings depicted bear scrapes, scratches and wheel traces; signs that the structures have been put into „good use,“ appropriated and re-invented by skateboarders.
Since the mid 1990s Vutuc has been engaged in the punk and skateboarding community and the aesthetics and philosophies of these DIY-cultures have granted his work a distinct character. Skateboarding is an undenia- ble part of all this, but the board here might better be understood as a vehicle, than a sporting tool or past time.
Vutuc’s work reaffirms that the skateboarder is not a detached voyeur of urban modernity. He has to constantly engage with his environment, re-invent and make new use out of it. His gaze, like Vutuc’s, is a nomadic one. It is always searching for things that are usable, beautiful or just plain fun, things he can invest himself in. These fragments become the raw material for stories the „mouth can never say,“ stories privileged for the eye.
There is seldom anything monumental or grandiose in Vutuc’s photographs. Just as in the skateboard pictures, his focus is directed on the small things surrounding him. The events he documents are therefore never the flamboyant stunts or the loud and dramatic „big moments.“ They are deeply affirmative and at the core of this sub-cultural scene from which his work grew. It is this realization that whatever you have grown up with, isn’t something you are stuck with. Every situation, like the city itself, is adaptable.

The work of Sergej Vutuc is about observing the development of the modern society; a privatization of the public space and conquering the nature with concrete, on one side, and the natural human urge to expand one’s consciousness, to be in between, to exist playfully and live through imagination, on the other side. Skateboard culture is just one of many contemporary social subcultures whose philosophy is based on the aspiration for playfulness and urge to use the open space in the context of freedom of expression. Sergej researches this phenomenon and participates in it through his position of the modern nomad, whose radius of movement includes specific places such as Fukushima, Detroit, Israel and Palestine, strong symbols of on going human mistakes and wrong directions in social and economic development. Through his work, he grasps a surreal feeling of a new or parallel existence, and, even though it can sound utopian, moments of the shift of perception in the human and the society in general.
-Dunja Jankovic, Skver

Electric Sound Bath is Brian Griffith and Ang Wilson. The Music is recorded with Singing Bowls, Bass Guitar, A Few Pedals, Some Crystals and Palo Santo. The act of creating music as a meditation itself and perhaps it will be helpful in your own practice. Brian performs on the bass guitar with the help of a few effect pedals, and Ang accompanies with a traditional Nepalese singing bowl, acoustic bells, found sounds and modular synth. Together the aim to bridge the gap between acoustic sound baths and amplified drones.

Christopher Reid Martin will be playing Cambodian and Thai Tapes before between and after acts.