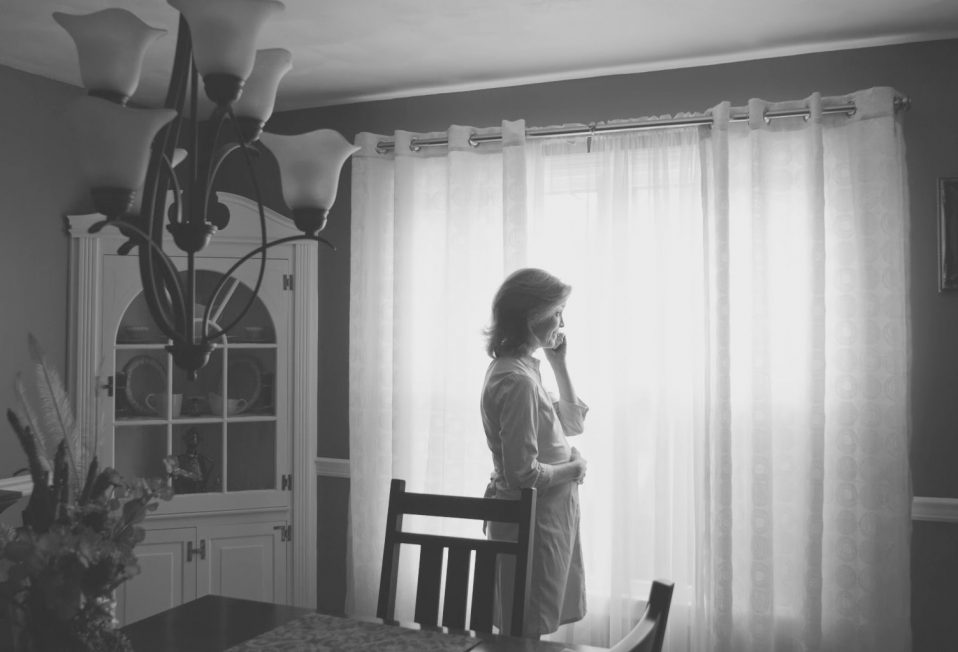 CONGRATULATIONS DEBBY is the first full-length film by Baltimore-based director Roger Hayn, whose innovative fiction / non-fiction hybrid INTRODUCING: BOBBY won the Grand Jury Award at AFI Fest 2012 and was an official selection of SXSW 2013. Debby, a proud mother of three, is overjoyed to learn that she is pregnant once again. Thrilled with the bright possibilities of the future, she is determined to share her good news with friends, family, and acquaintances. Yet despite the magnitude of her announcement, nobody in town seems to be quite as excited as Debby. To make matters worse, her children are too busy to even return her phone calls. The further Debby pushes to surprise her loved ones with the news, the faster her world hurtles in a direction she never imagined. A warped, wicked melodrama which plunges into the depths of its protagonist’s interiors, CONGRATULATIONS DEBBY is both a shape-shifting mystery film as well as an exercise in formal distortion.

CONGRATULATIONS DEBBY premiered during the 2018 Halloween season with two screenings at Brooklyn’s renowned Spectacle Theater, followed by a limited run of nightly streaming availability via Memory. Then in May 2019, the film was made available for a week as a cross-promotional exhibition between D E E P and NoBudge. Now, D E E P is thrilled to bring the film to Coaxial Arts for its Los Angeles premiere, which will be preceded by a special guest performance by NGHTCRWLR, the artistic project of Kris Esfandiari of King Woman and Miserable.

D E E P is a showcase of experimental films, web videos, and art pieces unearthed from the darker side of the internet, lovingly curated by filmmaker and programmer Chris Osborn. Founded in 2013 by Osborn during his time working as a Vimeo staff member, D E E P began as a channel that existed to showcase a burgeoning community of artists making groundbreaking work designed with the internet in mind. Now, with over 100,000 followers online, four years of IRL screenings and a monthly web series in collaboration with Memory (https://memory.is/), D E E P has begun touring its very first feature length film: Roger Hayn’s CONGRATULATIONS DEBBY.

Your ticket for the: Congratulations Debby screening + Nghtcrlwr (live)