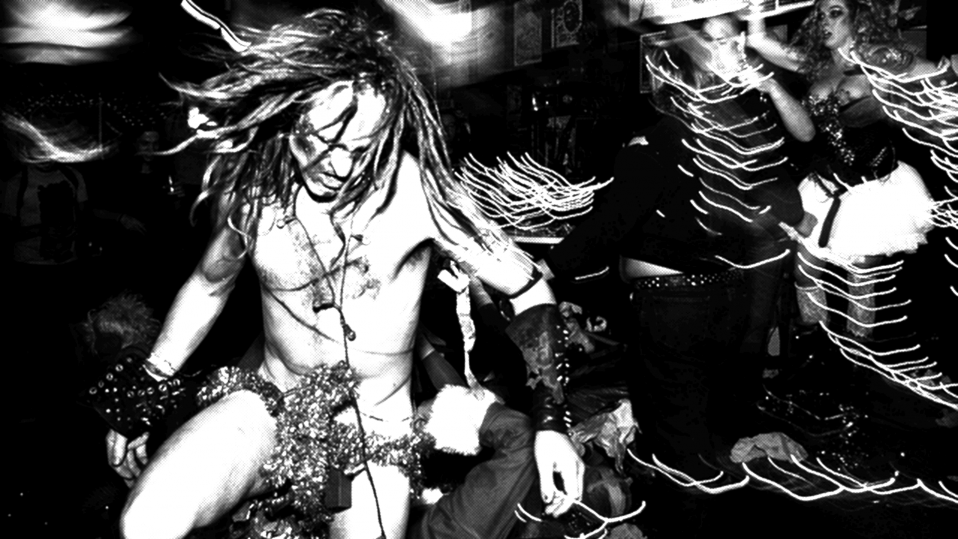 Cock E.S.P. (Minneapolis, MN)
Cock E.S.P. is a Minneapolis-based experimental music and performance art project founded by Emil Hagstrom in 1993. The project draws on the most transgressive and absurdist elements of both popular and experimental Twentieth and Twenty-First Century music and performance art, realizing a diverse and energetic palette of abstract electronic music influenced by such styles as Japanese Noise, free jazz, punk rock, death metal and hardcore industrial. Rare among Hagstrom’s experimental peers, Cock E.S.P.’s boundary-pushing canon includes a high degree of self-effacing humor, satire and unfiltered emotion; not only making the group more accessible to a general audience, but also directly challenging the antisocial “shock value” norms and elitist conformism common in underground music.

The project’s concerts are brief and chaotic vignettes which push their absurdist concepts to an extreme level. Concentrating on the performance aspect itself rather than on the sound, Hagstrom and his extensive cadre of collaborators follow in the footsteps of such arts movements as Fluxus by causing the audience to question the basic expectation of live recital itself. Having no fixed membership, Cock E.S.P. “performers” often include random members of the audience who join the performance uninvited, further subverting the traditional idea of a musical concert. Whereas a modern experimental composer might explore a certain set of atonal sounds over the course of an hour-long work, and a hardcore punk band might play a dozen standard three-chord songs before ending their set by knocking over their equipment in a frenzy of feedback, Cock E.S.P. instead attempts to condense such action into one short, cathartic episode which is simultaneously confusing, amusing and confrontational.
http://www.cockesp.com/
https://soundcloud.com/cock-e-s-p
http://dangerousminds.net/comments/gg_allin_is_still_dead_so_all_we_have_left_is_noise_rockers_cock_esp