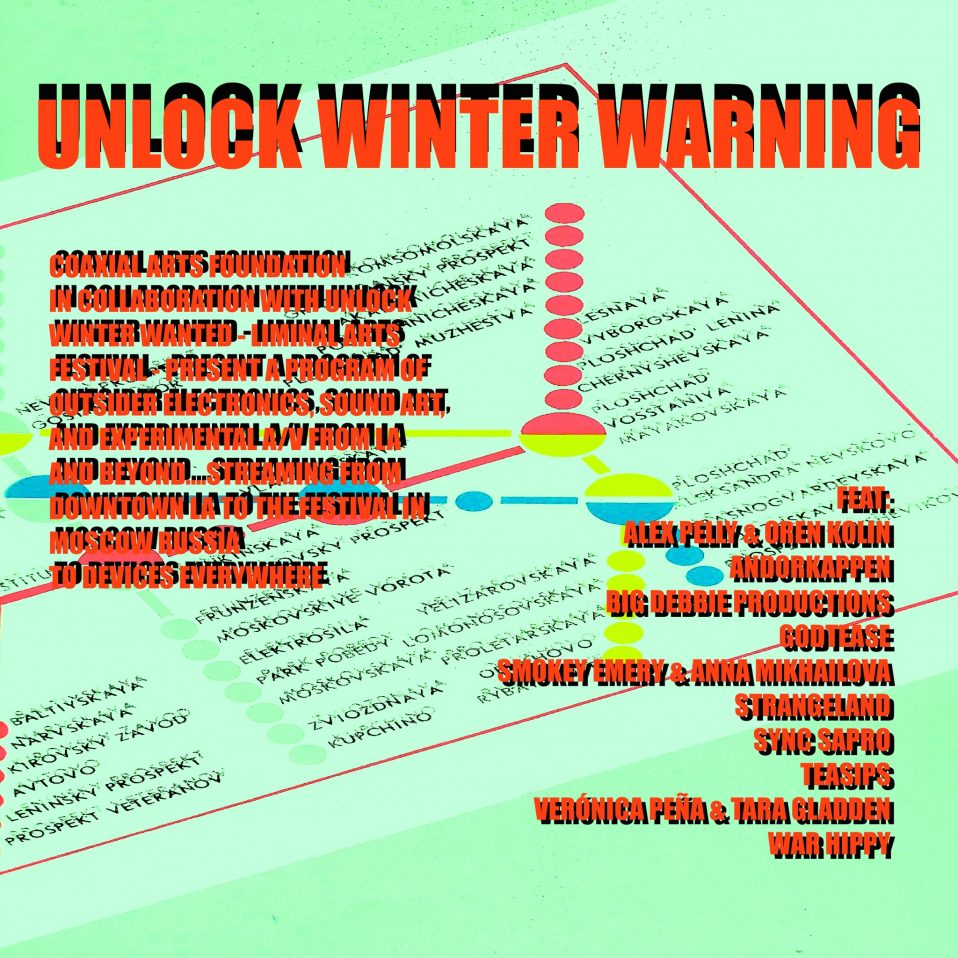 GODTEASE @godtease Moscow-born, LA-based performer weaving together classic choral and pipe organ traditions with the deconstruction of her native Russian tongue. Creating narratives within her improvisational electronic hymnology, she distorts analog circuitry and undulating rhythms to create a wildfire of prayer

SYNC SAPRO @sync_sapro is a nonbinary interdisciplinary artist based in NYC. Their creative practice began with exploring the constraints of repurposed “obsolete” video technology and evolved to incorporate audio synthesis in a synaesthetic fashion.

THE WATER TANK SESSIONS (II) VERÓNICA PEÑA @veronica_pena_live_art & TARA GLADDEN @ctaragladden, is a long-distance series of audio-visual collaborations that invites sound artists to improvise while being inspired by the vision of the submerged human body.

WAR HIPPY @TheZeroCollective & @vrrrtcrb is an experimental/Noise duo based out of LA that specializes in off grid/self powered/high impact live performances with an ear for deep tonality & harmonic structure.

Your ticket for the: Coaxial at Unlock Winter Wanted in Moscow, Russia!