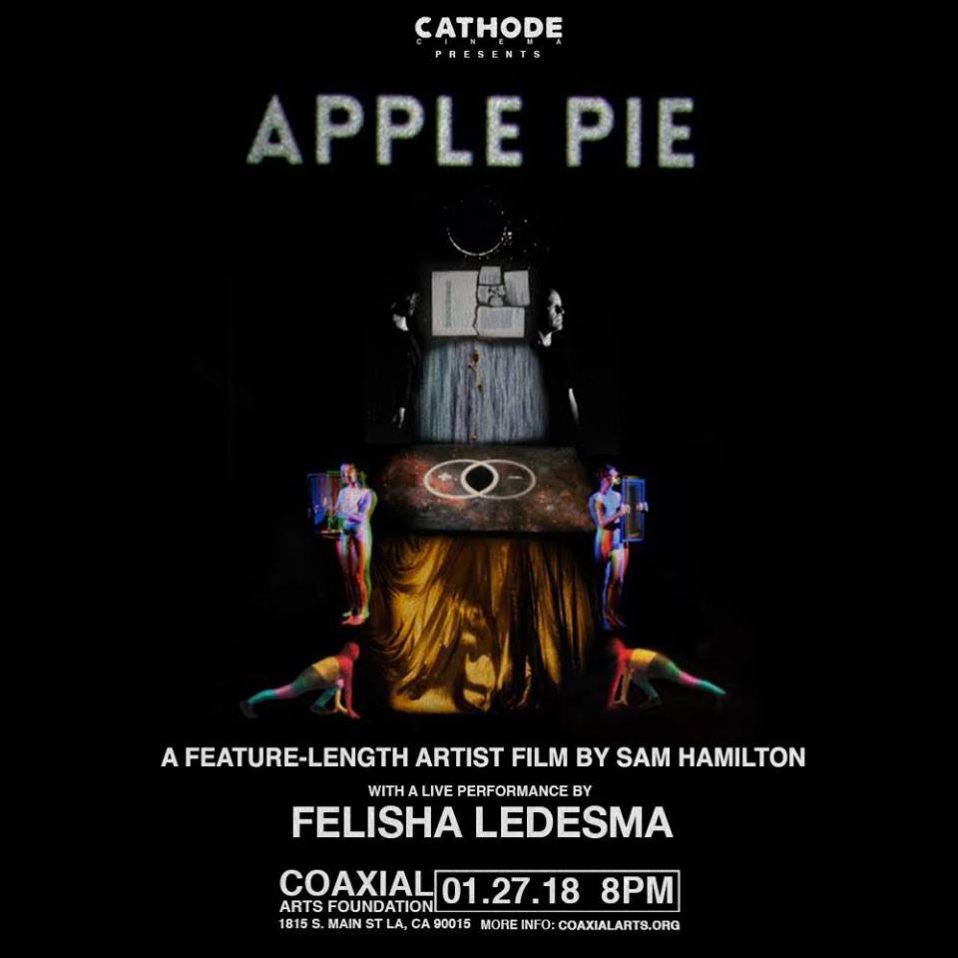 Cathode Cinema returns in 2018 with this rare screening!

Apple Pie is a feature-length artist film by Sam Hamilton.

The film we be followed by a live performance from Felisha Ledesma.

APPLE PIE:
Shot on super 16mm film in Aoteaora New Zealand, Samoa, and a remote mountaintop astrophysics observatory in North America with a large cast of performers and artists including Samoan dance artist and chief Ioane Papali’i, Apple Pie’s experiential tonality has been described as “beautifully poetic and mesmerizing” to the “Terrifically intense” and “Epistemology off-piste .”

Modeling its structural architecture from the solar system, Apple Pie is designed to anatomically function as an existent complex structure (like the world itself) through which vibrant conceptual ecologies organically manifest via the same processes of accumulative observation, association, and multilateral extralinguistic translation that we inherently employ to make sense of, and navigate through the world around us.

The “narrative” of the film follows a messy but vibrant trajectory, oscillating between anchors of meaning amidst a cosmic ocean of ecstatic potential and possibility; noise and silence; matter, meaning, and the resonating chambers of nothingness.
The trajectory becomes a calibration, questioning who we are, how we got here, and establishing our position within the confluence if existential matter and agency. A lensing of the past and present in order to bring the future into focus.

Apple Pie exists as an exclusive real-world screening artifact only. It has screened in dozens of spaces across four continents, including as the center piece of a substantial recent six month solo exhibition at the Portland Art Museum.

Your ticket for the: Cathode Presents Sam Hamiltons Apple Pie w/ a performance by Felisha Ledesma